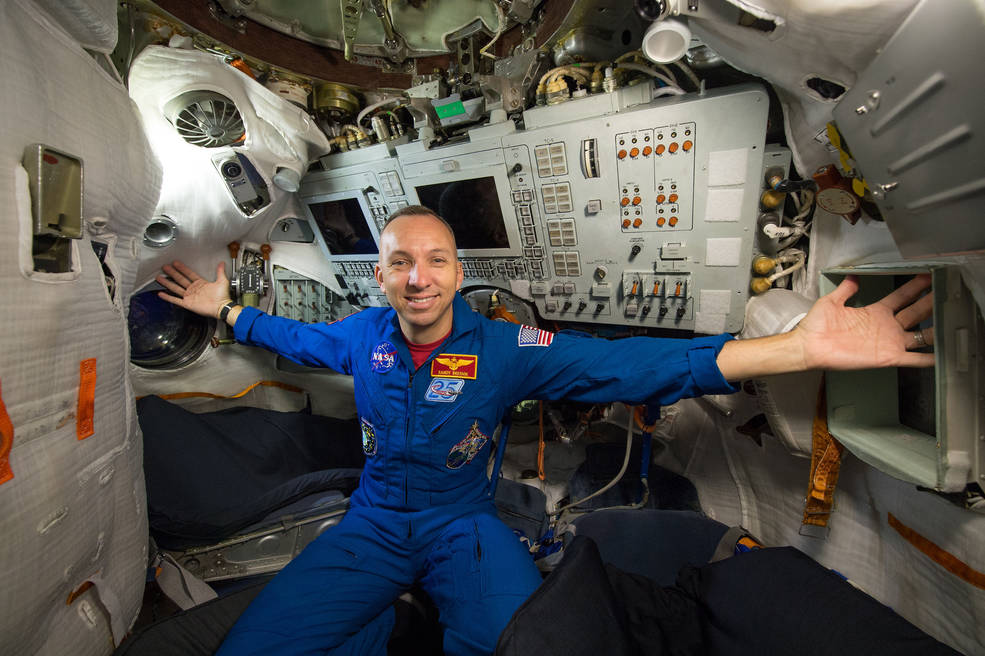 The interviews will air live on NASA Television and the agency’s website and will be preceded at 8:30 a.m. by a video feed of highlights from Bresnik’s mission training and previous spaceflight.

To participate in the interviews, media must contact Sarah Volkman at 281-483-9071 or sarah.e.volkman@nasa.gov no later than 3 p.m. Wednesday, July 12. Media participating in the interviews must tune to the NASA Television Media Channel (NTV-3). Satellite tuning information is available at:

Bresnik will arrive at the Baikonur Cosmodrome in Kazakhstan Sunday, July 16, for final pre-launch training. He and his crewmates, cosmonaut Sergey Ryazanskiy of the Russian space agency Roscosmos and Paolo Nespoli of ESA (European Space Agency), will launch on the Russian Soyuz MS-05 spacecraft at 11:41 a.m. on July 28. They are scheduled to return to Earth in December.

Their flight plan calls for an arrival at the station about six hours after launch, where they will join Expedition 52 Commander Fyodor Yurchikhin of Roscosmos, and Flight Engineers Peggy Whitson and Jack Fischer of NASA. The crew members will continue several hundred experiments in biology, biotechnology, physical science and Earth science currently underway and scheduled to take place aboard humanity’s only permanently occupied orbiting lab.

Among the experiments is Cardiac Stem Cells, which investigates how microgravity affects stem cells and the factors that govern stem cell activity, including physical and molecular changes. The Cosmic-Ray Energetics and Mass experiment is also scheduled to arrive at the station during the crew’s stay and will measure the charges of cosmic rays ranging from hydrogen up through iron nuclei, over a broad energy range.

Bresnik was born in Fort Knox, Kentucky, but considers Santa Monica, California, to be his hometown. He graduated from The Citadel in Charleston, South Carolina, and was commissioned in the Marine Corps in May 1989. NASA selected him as an astronaut in May 2004. This will be his second trip to the International Space Station and his first long-duration mission. Previously he flew aboard space shuttle Atlantis to the station in 2009.

For details about his experiences in space, follow Bresnik on social media at:

Forbes Will Bring Together Hundreds of European Entrepreneurs, Visionaries, Perf...